I did it. I can't believe I actually did it. 31 blog posts sent out into the world. Nearly 100 comments and connections made on my end. 70 comments received from others about my own writing. Thoughts made it from my head to the page and into someone else's world. That's powerful. That's the magic of writing. I absolutely thought about giving up. Multiple times. I started this challenge once before, years ago, but didn't make it far enough to even consider it an attempt. I worried about missing the mark this time too, but I committed to finishing this time, and I learned so much about myself along the way. March could have have passed without me recognizing anything notable. There weren't any earth-shattering changes in my life, but incrementally, this month was huge. I now have the gift to look back and see the nuances. It is a a season of change for me. Warmer weather is coming, so I'm ready to get outside and move. I just attended the Literacy
1 comment
Read more 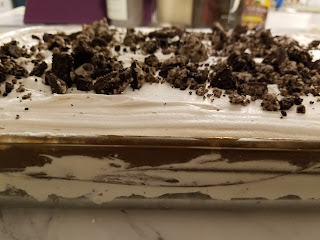